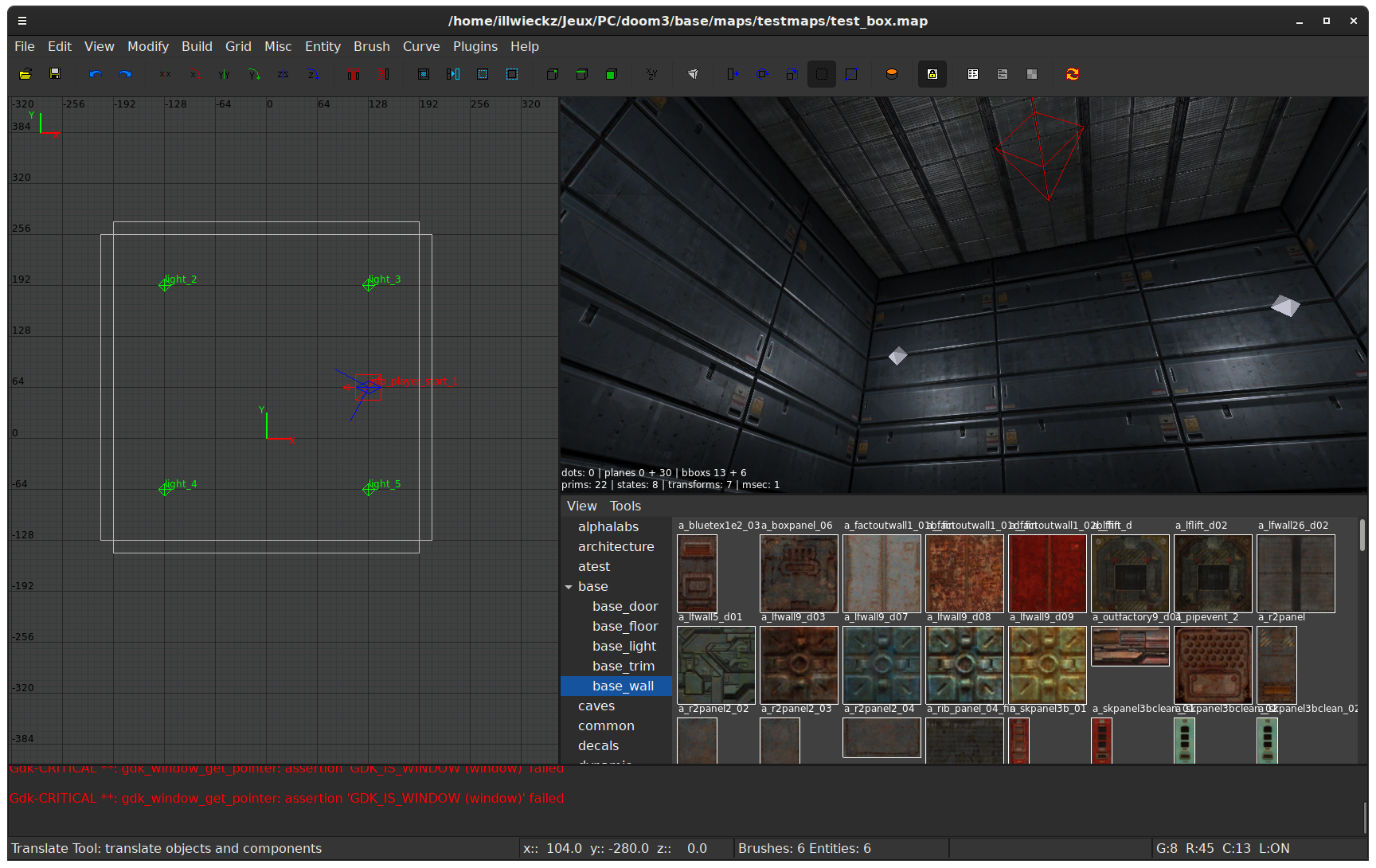 It’s now possible to build NetRadiant against GTK3 by setting the GTK_TARGET build option to 3 instead of 2. This is only expected to work on Linuxi, FreeBSD and Windows (upstream GTK3 for macOS looks to not be ready for our needs yet) and is still buggy.

The effort to port NetRadiant to newer versions of GTK is a long time effort started years ago. It’s nice to see some results! For now OpenGL rendering with GTK3 build of Netradiant is only reliable when all the OpenGL areas (Camera, XY views, Texture browser) are part of the same window. A single window layout will be added soon on that purpose.

Initial porting work was done by TimePath and Mario. Thanks to afontain the GTK3 version of NetRadiant is progressing well these days! While there are some remaining bugs there and there, it’s already possible to map with GTK3 NetRadiant!